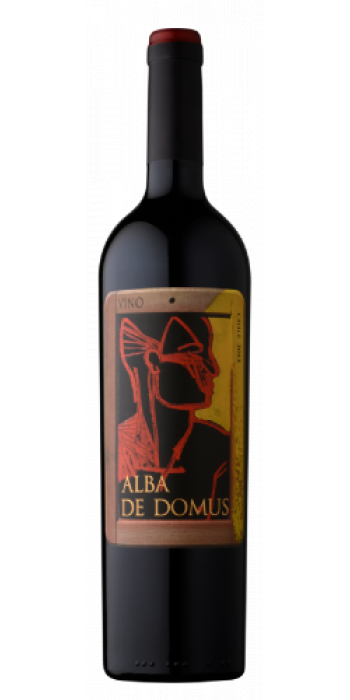 The second wine in a Bordeaux sense, the 2014 Alba de Domus is from a younger part of the vineyard (30 years old), built with a reference to Domus. It's more of a barrel selection, with higher percentages of Petit Verdot, Cabernet Franc and Merlot—accounting for up to 40% of the blend—to complement the 60% Cabernet Sauvignon. It has a lot less of the minty and eucalyptus character that I consistently find in Domus, and it's more fruit-driven. In 2014, the wine has good ripeness without any excess, a soft mouthfeel with round tannins and a finish that is dominated by fruit and spice flavors, with the oak very nicely integrated. 2014 could be the modern version of 2010 or 2007. Some 30,000 bottles were filled in January 2016.

2014 has to be one of the finest vintages at Quebrada de Macul, with wines that remind me of the 2010 vintage. 2015 was another warm and dry year, 2016 was cooler, lighter and had some challenges, and 2017 was warm again, with low yields but without reaching the same level as other years. And 2018 could be another dream year in the making. For now, the 2014s here are superb, textbook examples of Maipo and more specifically Macul.

Degustace:
"Deep and dense ruby gamet, Alba 2014 gives a typical nose of the "alto Macul" area: lmpressive bright notes of berries such as blackcurrants and raspberries, sweeter and balsamic tones of menthol with spicy blond tobacco and hints of graphite adding elegance. The mouth is round and fleshy, greatly structured by well-integrated fine and velvety tannins. A powerful profile nowadays that shall move to promised elegance, thanks to a natural balance and great depth. The long finish will give even more in the years to come but is already a faithful portrait of what is Alba's identity"
Sklizeň:
The 2014 harvest conditions in Maipo Valley were marked by a drier than average winter, with a cumulative 230 mm of rainfall from May to September 2013. The severe frost that touched the whole Central Valley of Chile during the second half of September did not affect our estate vines in Penalolen, as bud break had not yet occurred. However, it did delay the budding of cabernet Sauvignon and at the end of Novem ber; growth was still very limited. Flowering was rather heterogeneous, ending in a significant level of coulure on the late varieties. The yields on Cabernet Sauvignon were naturally low, while cluster thinning was applied to the Cabernet Franc, Petit Verdot and Merlot varietals. Summer was warm and dry, with December and January experiencing higher temperatures and flowering occurring earlier than usual. Ultimately, harvest started earlier than average, yet under optimal conditions.This exceptional vintage was truly balanced with expressive fruit, complexity, structure and concentration.
Obsahuje: