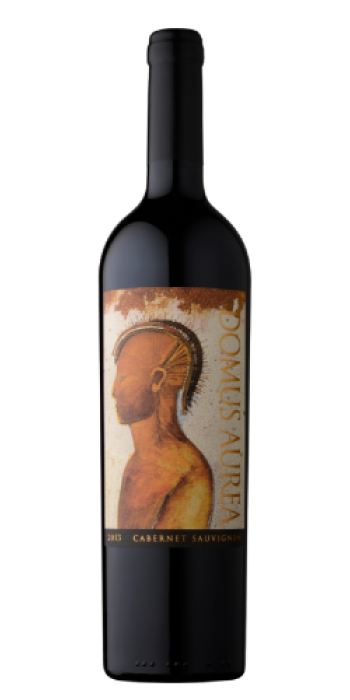 2016 was one of the most unusual vintages in Chile in recent times, as it was much colder than usual and rained a lot. The 2016 Domus Aurea, one of the most classical among the Cabernets from Maipo, contains 10% Cabernet Franc and 5% Merlot that were harvested early-ish, before the big rains. After a cold soak that lasted around 12 days, the grapes started fermenting spontaneously in stainless steel. Part of the wine underwent malolactic in tanks and part in barrel. The élevage was in French oak barrels, 53% of them new, and lasted 16 to 18 months. This is radically different from the 2015 I tasted next to it: 2015 was warm and dry, while 2016 cold and wet, and the wines show it. I love this 2016, a subtler wine that is more introverted, shy and serious but with a level of complexity and depth, refinement and nuance I have not seen in any previous vintages. It's the most elegant Domus to date, with a level of precision that is not easy to achieve. While it keeps the classical Domus style and the Maipo character, it's a lot subtler, fresh and balanced. Curiously enough, this is the only year the blend has had more than 8% Cabernet Franc, and winemaker Jean-Pascal Lacaze thinks Cabernet Franc (which was better than ever in 2016) has contributed enormously to the nuance and elegance here. Bravo! Well done! 27,779 bottles produced.

Quebrada de Macul has produced a stunning Domus Aurea in 2016, an unusual and different vintage that was much cooler and wetter—a difficult year able of producing the best and the worst. 2016 could be the finest vintage to date.

Degustace:
lntense and bright ruby gamet, Domus 2016 dispays an elegant nose made of leather tones and berries: Black currants, raspberries and fig accents. Still very young, it needs to breathe to offer layers of spicy tobacco, noble roasted oak and its famous minty accents underlined by graphite notes. The very same youth is also expressed at the palate where the barrel aging is logicaly still present. Nevertheless, elegance also rules in here, trough a soft texture where fine and soft tannins are on their way to a great integration. Balance is also the seal of the long and velvety finish, expressing loads of spicy wild berries and balsamic tones. Ouite more about classic elegance than sheer exhuberance, its complexity shall rise in the 5 years to come.
Sklizeň:
The season 2015-2016 was quite out of ordinary. The low temperatures during spring delayed the ripening cycle of the grapes, and EI Nino climate phenomenon ended causing heavy rains during the harvesting period, which notably reduced productivity. Nevertheless, our team succeeded to manage the situation, and collected the grapes before it could affect their health. Our wines,therefore presented very good aromatic expression and well-structured annins intensity. Barrels mainly come from Center France, Tronr;ais and Nievre forest. Soft finning with egg whites and a light filtration to finish the proces.
Obsahuje: